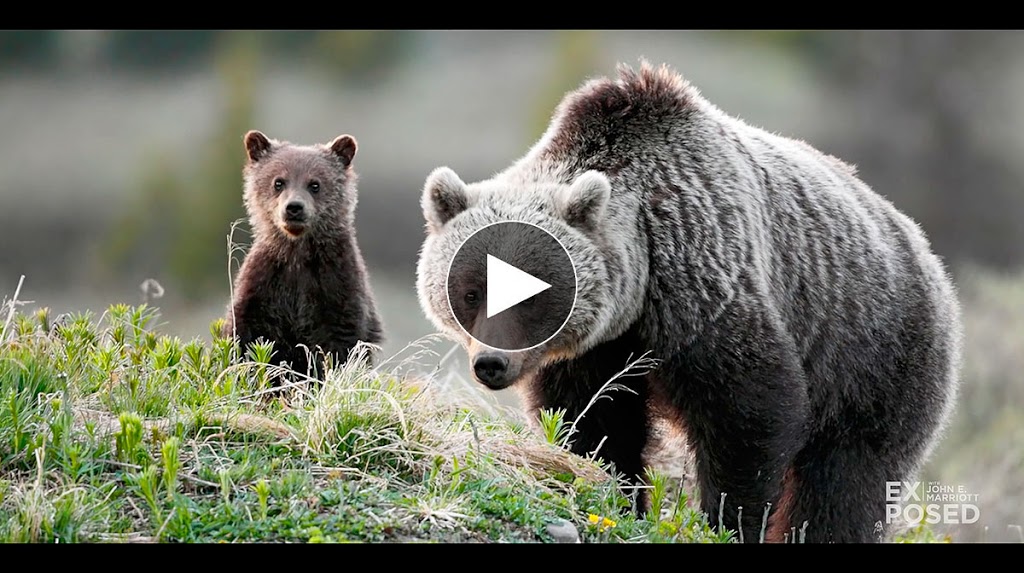 I am thrilled to announce that my new web series, EXPOSED with John E. Marriott is now live!

Here’s a brief synopsis of the first episode: Stop the BC Grizzly Trophy Hunt — Join me on the Stewart-Cassiar Highway in northern British Columbia, home to the densest concentration of grizzly bear hunting mortality in the entire province. Like many roads in BC, hunters are allowed to shoot a bear just 15 meters from the center of the highway. John takes issue with this roadside hunting and with the grizzly bear trophy hunt in general, pointing out that hunters rarely eat grizzly meat and that most of these dead bears end up as a head mounted on a wall.

If you’d like to get involved and take action against the grizzly trophy hunt, visit http://www.exposedwithjohnemarriott.com/take-action/

And note that you can subscribe to the show on our website so that you never miss a thing.

Thank you everyone for your support in this project, it’s been an exciting start to 2016!

4 Comments on “EXPOSED Ep. 1: Stop the BC Grizzly Trophy Hunt”

I saved this to watch in a quiet moment, and it brought tears to my eyes. For people like me, who don't live near bear country, a wildlife photographer serves two very important purposes. 1 – to allow me to see these beautiful animals without putting pressure on their environment by me travelling there, and 2 – with wonderful images, to show many, many people what needs to be protected forever in our amazing world. John adds a third – he is not afraid to stand up and shout loudly against the trophy hunt, a conservation issue close to his heart.

Thank you for the kind words, that's exactly why I got into this business in the first place.