In June 2008, I released my latest photo coffee table book, a 96-page full-colour hardcover titled Wildlife of the Canadian Rockies: A Glimpse at Life on the Wild Side. While this wildlife book has been available for several months in local bookstores and in Chapters, Indigo and Coles bookstores throughout Western Canada, it only recently became available online, together with my Banff book, Banff & Lake Louise: Images of Banff National Park, my first photo coffee table book. 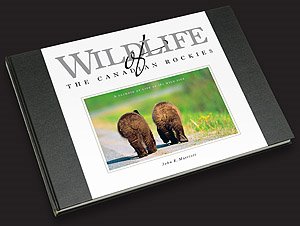 Wildlife of the Canadian Rockies: A Glimpse at Life on the Wild Side has already sold more than 2000 copies nationwide since it was released in June. It features many of my favourite wildlife photographs, including several of Delinda, the matriarch of the Bow Valley wolf pack who recently passed away on the Trans-Canada Highway in Banff.

Soon after the wildlife book was released in June, my Banff book celebrated its one year anniversary by surpassing 5000 copies sold in Canada, making it a Canadian bestseller! 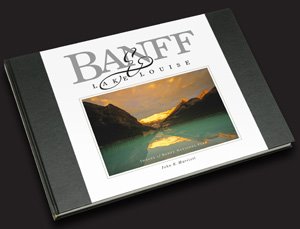 You can order either book online with a substantial discount (34% off the cover price) and excellent shipping rates from Canada’s most trusted online bookstore, Indigo-Chapters.

I’m off to Churchill soon to chase polar bears in the subarctic, so watch for a blog update in late November with some of those pictures!